Got a speeding or traffic ticket?

Is your Ohio driver's license suspended?

Did you miss a court date or forget to pay your traffic ticket?

Is there a warrant out for your arrest due to a traffic violation?

Did you get pulled over for driving under suspension?

Cases we regularly defend include, for example:

If you have been charged with any of the above traffic violations, are seeking driving privileges, or have other traffic-related legal questions, our Ohio traffic attorneys can help.

The elements of commonly cited traffic violations are described below.  In addition to the points described in the chart above, additional fines and penalties are explained below.

Drivers must obey traffic lights at all times, unless at the time otherwise directed by a police officer.  If the driver has no prior traffic violations within the last year, running a red light is a minor misdemeanor carrying a maximum fine of $150.

2109.01 Failure to comply with order or signal of police officer.

Drivers must comply with any lawful order of any police officer.  Further, a driver cannot “willfully” try to flee or drive away after an officer has turned on his siren or lights indicating the driver must pull over.

Failure to comply with a lawful order by a police officer is a first degree misdemeanor in Columbus, carrying up to six months in jail, up to a $1000 fine.

Failure to comply also carries a driver's license suspension of 3 months to 2 years.   If found guilty of “willfully” fleeing an officer, the suspension can range from 3 years to a lifetime suspension.

If the driver has been found guilty of willfully fleeing police previously, the charge carries a mandatory 30 days in jail and a lifetime license suspension.

“No person shall fail to stop at a marked crosswalk in use by school children under the supervision of a trained crossing guard.”   Violation is a minor misdemeanor carrying a maximum fine of $150.

2109.03 – Resisting an enforcing official (obstructing arrest under the Traffic Code)

No person shall “resist, hinder, obstruct  or abuse” any officer while the officer is attempting to arrest someone under the Traffic Code.  Violation is a minor misdemeanor carrying a maximum fine of $150.

2131.08 – Driving within lanes or continuous lines of traffic.

A vehicle must be driven “as nearly as is practicable, entirely within a single lane or line of traffic and shall not be moved from such lane or line until the driver has first ascertained that such movement can be made with safety.”

Violation is a minor misdemeanor in most cases, carrying a maximum fine of $150.  If the driver has one or more previous traffic convictions within the last year, the penalties are more serious.

A driver shall not follow another vehicle “more closely than is reasonable and prudent, having due regard for the speed of such vehicle, and the traffic upon and the condition of the street or highway.”

Generally, violation is a minor misdemeanor punishable by a maximum $150 fine.

However, if you have been convicted or pleaded guilty to one or more other traffic violations within the last year, the fines are higher and can even carry the possibility of jail time.

Prohibits driving “without being in reasonable control of the vehicle.”  Violation  is a minor misdemeanor carrying a maximum fine of $150 and two points on your driving record.

Prohibits being in “physical control” of a vehicle while under the influence of drugs or alcohol.  “Physical control” means being in the driver's seat and having possession of the ignition key (but not driving).

Violation is a first degree misdemeanor carrying a maximum fine of $1000, up to six months in jail and a driver's license suspension of up to one year.

Violation of section (a) (“without due regard”) is a fourth degree misdemeanor carrying a maximum fine of $250 and up to 30 days in jail.

Violation of section (b) (“willful or wanton disregard”) is a third degree misdemeanor carrying a maximum fine of $500 and up to 60 days in jail.

Penalties increase if the offender has a prior serious traffic offense within the past year. 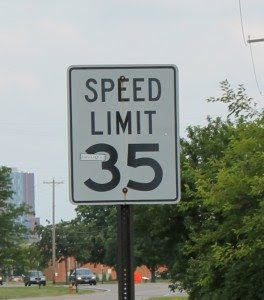 To begin the process and discuss representation for your traffic offense call Ohio traffic attorney John S. Spore directly at 419-467-6758.  Because we know traffic charges often happen outside 9:00-5:00 working hours, Mr. Spore will call you back or to take your call after hours, on evenings, weekends, and holidays.